What happened in France? 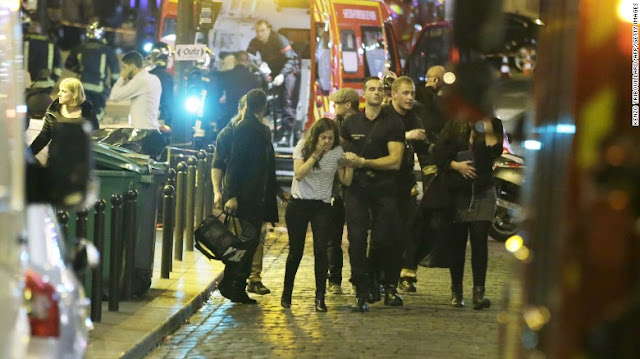 Investigations into the series of terrorist attacks that killed more than 120 people in Paris are moving forward, with people taken into custody and two of the gun-wielding suicide bombers identified.

French President Francois Hollande has blamed the Islamic extremist group ISIS for the wave of violence Friday that put parts of Paris under siege. He called the coordinated attacks on restaurants, bars, a concert hall and a sports stadium "an act of war."

ISIS claimed responsibility for the massacres in a statement that said eight of its militants wearing explosive belts and armed with machine guns attacked selected targets across the city.

It was the deadliest terrorist attack in Europe since the Madrid train bombings of 2004, in which 191 people died.

Here is what we know so far: 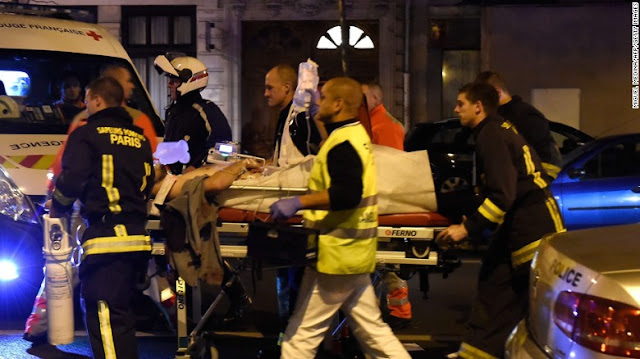 -- Molins said that at least 129 people were killed and 352 wounded in the attacks. Ninety-nine of the wounded are reported to be in a very serious condition, he said.

Molins said seven terrorists were killed, one fewer than the number ISIS claimed were involved.

-- A black Seat car believed to have been used by gunmen in the restaurant attacks has been found in the eastern Paris suburb of Montreuil, a spokeswoman for the Paris prosecutor's office said Sunday. CNN affiliate BFMTV reported that authorities found three Kalashnikov automatic rifles in the car.

-- The discovery raises the possibility that at least one attacker drove the car to the Montreuil and remains at large. Police say they are searching for any possible attackers or accomplices.

-- "The threat is still going on. The risk is still very high, and nothing says this terror sequence is over yet," Paris Deputy Mayor Paul Klugman said. 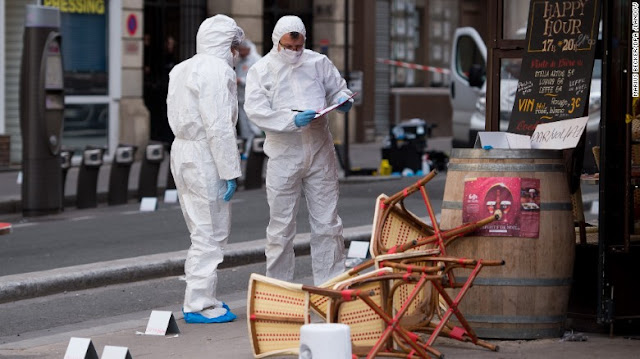 -- Two of the dead attackers have been identified. One of them is Ismael Omar Mostefai, 29, according to Jean-Pierre Gorges, the mayor of the French town of Chartres. The other, according to several sources, is Bilal Hafdi, 19 or 20. Mostefai lived in Chartres at least until 2012, said Gorges via Facebook.


How did Mostefai, attacker who grew up in France, become radicalized?

-- Six people, all relatives of Mostefai, have been detained, the Paris prosecutor's office said Sunday. It is common practice in criminal cases in France to place family members in custody. Mostefai's relatives have been neither charged nor arrested.

-- Authorities are looking for Salah Abdeslam, a Belgium-born French national who is suspected to have been involved in the Paris terror attacks, said the French prosecutor's office. Belgium has issued an international warrant for him. A source close to the investigation tells CNN that Abdeslam was questioned by French police a few hours after the attacks but not detained.

-- In Belgium, police arrested a number of people in raids Saturday in a Brussels suburb, Justice Ministry spokeswoman Sieghild Lacoere said. A car rented in Brussels was found near one of the sites of the Paris attacks, which prompted the raids, Lacoere said.

-- European officials believe there is "a very professional new squad of terrorists inserting themselves into some of these migrant voyages," according to a French senator briefed by the Interior Ministry. Citing fingerprint evidence, the senator said that one of the suicide bombers at the Stade de France was carrying a fake Syrian passport and arrived among the refugees on the Greek island of Leros on October 3. The senator also said that two other suicide bombers at the Stade de France carried fake Turkish passports.


Where were the attacks? 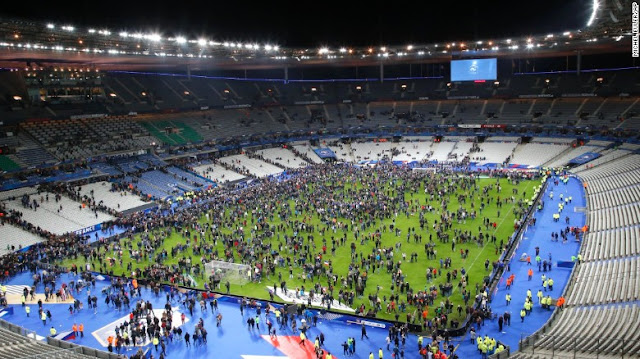 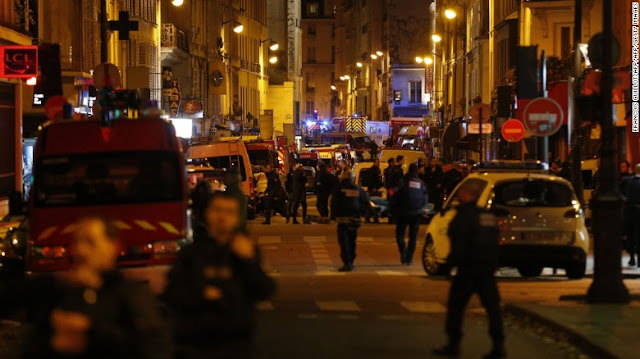 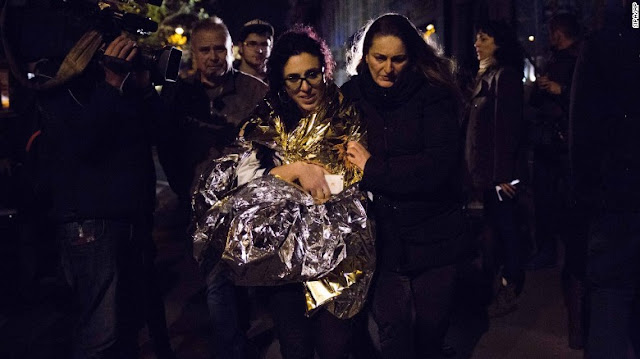 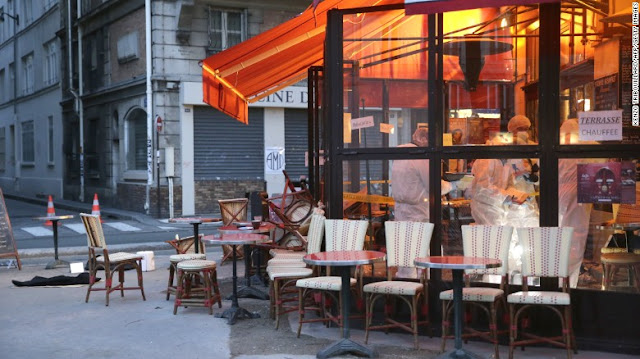 This was the deadliest site, with at least 89 people killed, Molins said.
Bataclan concert hall

-- Three attackers with assault rifles arrived in a car, entered the concert venue and opened fire. They took audience members hostage and regrouped them in front of the stage, which is why most of the victims were found there, Molins said. The attackers talked about Syria and Iraq during a brief address.

-- Police stormed the theater in a rescue operation. Two of the attackers killed themselves by detonating suicide belts and one was killed by police gunfire and his suicide belt.

-- Eagles of Death Metal, a blues rock band from Palm Desert, California, had been performing. 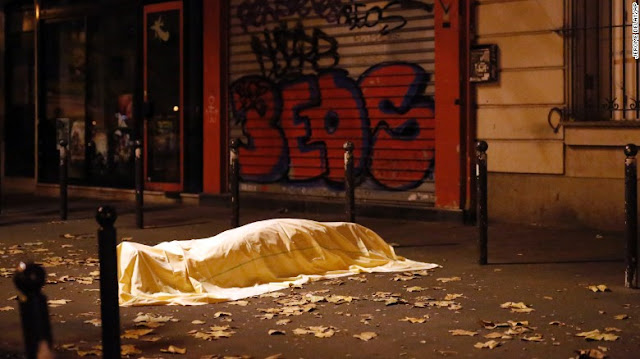 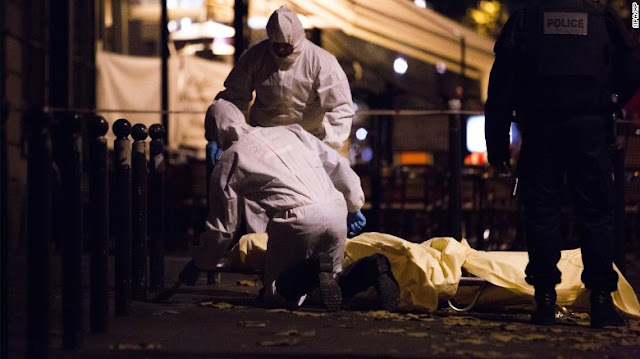 -- Four people were killed outside the sports stadium in Saint-Denis, a suburb north of Paris: three suicide bombers and a man who had been walking by, Molins said.

-- France was playing Germany in a soccer match at the time.

-- President Hollande was at the stadium and among those who were evacuated following the attacks.

Complete coverage on the Paris attacks

-- Fifteen people were killed as attackers opened fire at the intersection of rue Alibert and rue Bichat, in the 10th district of Paris near the Canal Saint Martin. Many of the victims were gathered at Le Petit Cambodge, a restaurant, and Le Carillon, a bar, that are situated on either side of rue Bichat.

-- About seven minutes later, five people were killed in another shooting outside Cafe Bonne Biere on the corner of rue de la Fontaine au Roi and rue Faubourg du Temple in the 11th district of Paris.

-- Around four minutes after that, attackers opened fire with assault weapons on the restaurant La Belle Equipe on rue de Charonne, also in the 11th district. Nineteen people were killed in that shooting.

-- After four minutes more, a suicide bomber blew himself up at the cafe Comptoir Voltaire on boulevard Voltaire. Other than the attacker, nobody else was killed, but one person was critically wounded.

-- Hollande has declared a state of emergency across France, which lets authorities limit people's movements and impose zones of security and protection.

-- The French government says its has also tightened border controls to prevent potential attackers from entering and to capture anyone involved in the attacks.

-- French Interior Minister Bernard Cazeneuve said the gendarmerie paramilitary police are on heightened alert and security forces have been increased across France.

-- Hollande ordered 1,500 military troops to join the security forces currently deployed. The troops will secure locations that are "particularly strategic" and will patrol in the heart of Paris, Cazeneuve said.

-- Many shops, public buildings and tourist attractions, including the Eiffel Tower, were closed in Paris on Saturday.

-- Despite the security measures and concerns about possible attackers still at large, many Parisians still ventured out into the streets Saturday, some venting their anger at the attackers and mourning the victims.


Reactions around the globe 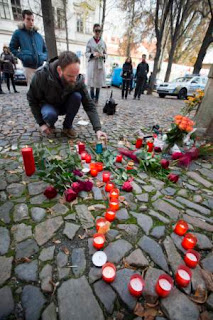 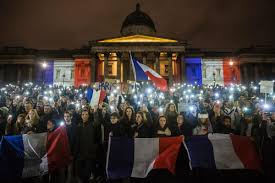 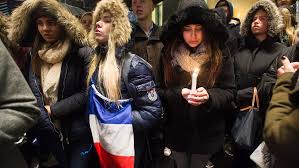 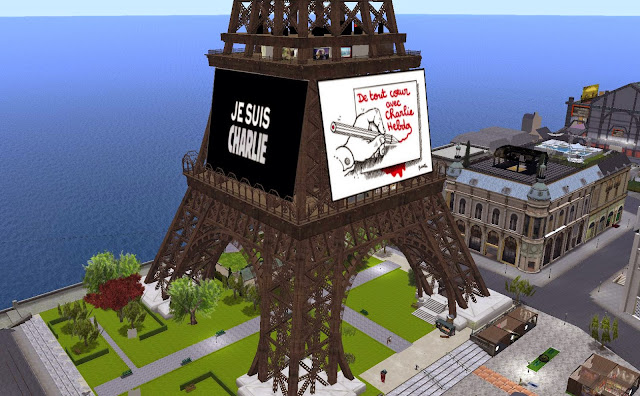 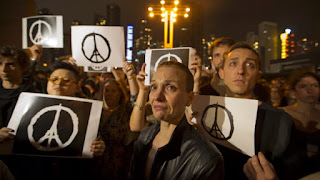 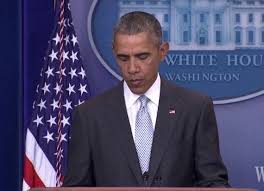 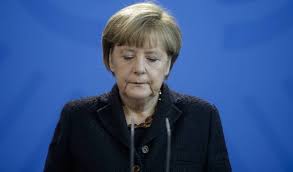 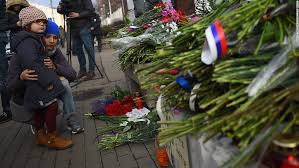 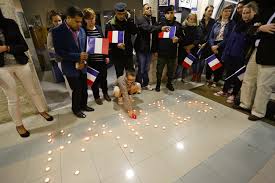 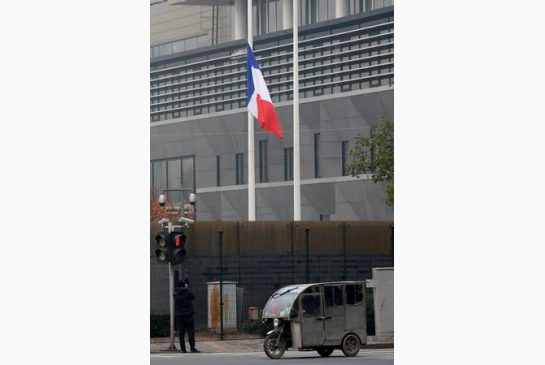 -- A U.S. government official said that at the moment, there is no credible or specific threat to the United States.

-- Pope Francis condemned the killings, saying they were a part of the "piecemeal Third World War." "There is no religious or human justification for it," he said in a telephone interview with TV2000, the television network of the Italian Bishops' Conference.

Paris under attack: The world reacts 02:29

-- British Prime Minister David Cameron convened a meeting of the emergency response committee. The threat level in the United Kingdom is at "severe," meaning a militant attack is considered highly likely.

-- Russian leader Vladimir Putin sent condolences to Hollande and the people of France.

-- The Netherlands is increasing border security, especially on roads to and from France, according to a spokesman for the Dutch Ministry of Security and Justice. Jean Fransman said extra personnel have been deployed and security at airports has been reinforced.

-- Israeli Prime Minister Benjamin Netanyahu said Israel "stands shoulder to shoulder to France in this common battle against radical Islamic terrorism." He has offered his nation's security and intelligence forces to France and other European nations, should they need assistance.

-- As the G20 summit began in Turkey on Sunday, its focus turned to terrorism.

-- "The skies have been darkened by the horrific attacks that took place in Paris just a day and a half ago," U.S. President Barack Obama, in Turkey for the G20 meeting, said Sunday.

-- "We here at the G20 summit are sending a resolute signal that we are stronger than any form of terrorism," German Chancellor Angela Merkel said.

-- Monuments around the world were lit up in blue, white and red in solidarity with Paris. In London, the monuments included the London Eye, Tower Bridge and Wembley Stadium. The French flag, lowered to half-staff, is flying at Cameron's Downing Street office alongside the Union Flag, the office said.

Support for Paris swells from around the world 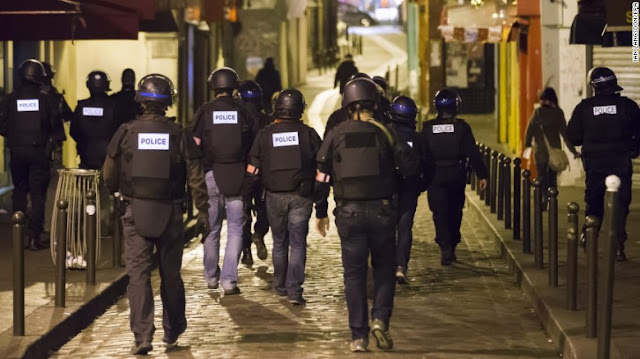 -- The United States and its allies have agreed to share some of their most sensitive intelligence on ISIS in Syria with France in the wake of the attack in Paris, a U.S. official told CNN.

-- On Sunday, the French air force attacked ISIS operational infrastructure in Raqqa, Syria, said Mickael Soria, press adviser of Defense Minister Jean-Yves Le Drian. Twelve aircraft were involved; a command center and training camp were among the targets they destroyed, according to Soria.