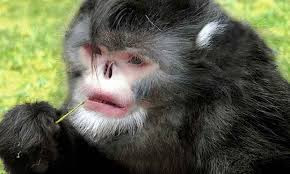 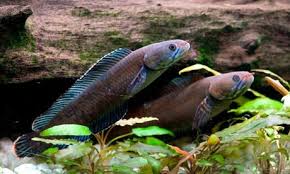 he Indian Himalayan region boasts few species that were yet unknown to mankind. A team of WWF (World Wide Funds) researchers have discovered 211 new species in the region. The discovery has been made over a time period of five years while surveying at Eastern Himalayas and Northeast region. The newly discovered species includes a frog with blue eyes, a walking blue fish, and a snub-nosed monkey that sneezes when it rains.

While searching for wildlife in regions like Nepal, Bhutan, the far north of Myanmar, southern Tibet and north-eastern India, The WWF researchers found 211 new species including 133 plant species, 26 fish species, 10 new amphibians, one mammal, one bird and one reptile.

Some newly discovered species raised the eyebrows of the scientists like vibrant blue dwarf walking snakehead fish that can inhale atmospheric air can survive up to four days on land. While the snub nose monkey amazed the scientists with its upturned nose. It is first of its kind and also very unfortunate as every time in rain the monkey sneezes as water gets stuck in the nose. To avoid this problem snub-nosed monkey sit with their head tucked between their nose as it prevents water from entering in to nose.

When asked from local people about the snub-nosed monkey they said that it is very easy to find the monkey in regions of Myanmar, also it is a great site to watch in rainy days. Researchers were so mesmerized with the specie that they nicknamed it “Snubby”.

The report presented by the WWF also mentions a living gem -the bejeweled lance-headed pit viper, which could pass as a carefully crafted piece of jewelry. Researchers have also discovered a plant-eating, rodent-like mammal.

More that 550 species have been discovered in the Eastern Himalayas including Bhutan, north Myanmar, Nepal, southern Tibet and north-eastern Indian states like Arunachal Pradesh, Assam, Sikkim, and North Bengal in last 15 years. This depicts India’s rich flora and fauna and rich biodiversity
Apart from it, about 12 percent of the world’s endangered species live in India. “With discovery, comes the important responsibility to continue protecting and caring for these precious gift that this world has been blessed with,” said Dechen Dorji, Country Representative, WWF Bhutan.